I remember when I first thought up the idea of Going Alone. My family and I were living then in Japan, and I was making YouTube videos for the Walking in Japan and Abandoned Japan series. I was active at that time on social media, and among the questions I answered from viewers were periodic requests from people who planned to visit Japan, and who asked if they could join me on an adventure in the mountains. Such arrangements only rarely worked out, as the logistics of visiting both Japan and my out of the way city proved more challenge than most Japan dreamers were willing to overcome, though I did escort at least one or two groups a year with me into the Japan Southern Alps. The guided trips were fun, as it was nice to meet new people, and to talk freely with native English speakers, and to see my favorite remote Japanese villages through the curious eyes of other foreigners who shared my appreciation for such rare and special places. But, the trips were not the same for me. Such trips were nothing like my adventures alone into the rugged mountains of central Japan; and I knew what was missing—it was the fact that I was not going alone. I did not understand why at the time, but I knew that solitude in the wild was the special ingredient which was the real draw and reason that I went to such places. Going alone was the very purpose of my going at all.

Going Alone is not about living alone. It is about going forth and then returning, from places where there are none.

And so, one day, while still living and adventuring in Japan, I dreamed up the title of a new video series—something to replace Walking in Japan. The new series would be called "Going Alone" and would be essentially identical to Walking in Japan. The sole purpose of the name change was to create a handy label to dissuade others from asking to join me in the mountains. For, who would venture to invite themselves along on an adventure called

Going Alone? It was just a passing idea, something I thought up while strolling alone through a small village, smiling a little at the silliness of the idea before letting the notion go. I never even wrote the Going Alone idea down, as the thought seemed nonsense, and anti-social even, and was in no way related to what I was then doing and sharing from the mountains of Japan. In fact, I remember feeling a little embarrassed that I had even dreamed up the idea of Going Alone. After all, how selfish was it of me to consider a video series titled for the sole purpose of warding away potential companions. However, there was indeed something to the idea of Going Alone which I sensed was important—not the title, but the fact of Going Alone—and it was this relatively rare experience of being alone in the wild which was the true thing which I was trying to protect. Not my privacy...but my being alone.

And then in 2014 I came home to America. I came back initially alone, to start a new job, and to get settled before bringing my family across the sea to join me. At first, I did not adventure at all from my new home in Southern California, life itself then being more than enough newness, challenge and change. But soon, I began to go back out again into the wild looking for new places to adventure and explore. And I found my way back into the Mojave Desert where I had once wandered as a younger man. I returned then to the wild—and I returned alone. But this time I did things differently. I chose not to seek places in particular, no famous national parks like Death Valley or Joshua Tree, no monuments like the East Mojave, and not even the ghost towns or natural sights which are everywhere out there in the desert lands. No. Instead, this time I only sought to go to places where nobody else might be, or where no one else has been for a very long time, or perhaps ever— I was after then the deep, penetrating solitude, and the experience of places unseen for ages by others, to be very far off the named and charted parts of the map, into the empty spots in between, or better yet, to the lands once labeled on very old maps as the home of dragons—places forgotten or lost, offering little of anything other than the experience of Going Alone. Though I was not yet thinking of going alone. I was only thinking to go.

And I kept this up for a year. Going out into the desert alone twice a month to hike. Exploring widely for a while, before settling at last upon a vast area of seemingly unremarkable landscape on either side of Route 66 between Ludlow and Amboy—fifty-odd miles of beautiful, yet rather ordinary, places one might just normally drive by without thinking to stop. But, I did think to stop. And I found places to stop. Places where I could leave my car or, later, my motorcycle, to go walking from the road into the dull and blank horizon. To walk then over the line of distant sight to see what was beyond reach of where we can no longer see, to places in the desert where we cannot see back, and where the empty does then begin to swallow—where we are swallowed then slowly by the empty, gradually, bit by bit, a little more each time we go out, alone, into such a place. And that is how I began to go back to the desert alone, not seeking to be alone—not yet at least—but rather to experience being alone; until one day it began to dawn on me that I could just barely see something now way out there which I had never seen before, except maybe briefly once or twice as a young man during those early years when I came to the desert alone. I was beginning to see—or sense might be a better word—what there was—or

wasn't might be the better term—way out there alone in the desert wild. The Great Indifference became apparent to me then. And I knew that I could only sense such empty if I were first myself drained to nearly nothing. I had to come to the desert alone. And I had to go far, and deep, and wild, and almost lost. Better still I had to go at night, without a light, or any flame or any good sense of knowing the way to go. And I had to go by myself— I was beginning then, to truly go alone.

Eventually, my family re-joined me to carry on our lives together in the United States. Though I continued my long established habit of going by myself into wild places for a day or two every other week. But now, I did things differently— I was going alone not just for adventure, but for the experience of Going Alone. I was working then to build upon the vision of The Great Indifference which both unsettled and caused me to restructure my life. I was Going Alone for the purpose of coming back: to return a better man, a man more alive and aware for the fact of having gone to the edge where awareness and life are nearly lost—not the edge borne of danger, but the frontier perceived of deep solitude, and the fact of the deliberate act and endeavor of Going Alone.

I went alone to the desert to discover nothing.

That I might then return home to discover and create my everything.

Next Episode All Episodes Previous Episode 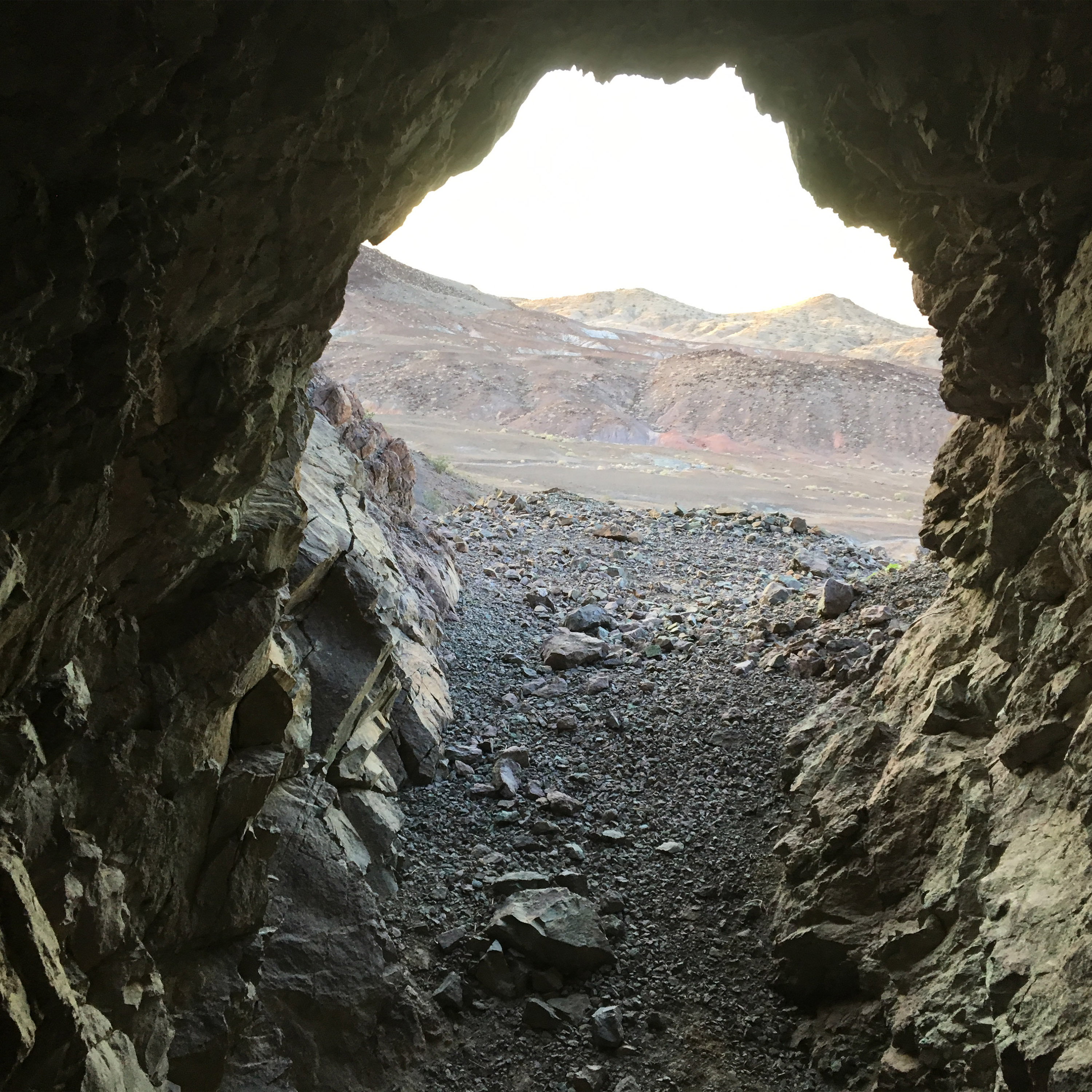 Stoic Poetry
A Stoic theory of life adventure | Be safe...but not too safe.
There’s little good news in nature. The universe seems incapable of care, or of opinion, or of preference regarding right or wrong, good or bad, or what constitutes a just and virtuous society or life. The universe’s first opinion on these matters is evident in the dead, bleak environment of space and time; the restless progress of all order in the direction of entropy, and the cold indifference of matter and energy everywhere - where the curious phenomenon of life appears like some strange, exotic exception to a rule of inorganic truth. So, what do we do with this fact? How do we prevent a slide into nihilism? How do we keep our upright posture while our legs buckle and give way as our mind struggles to accept a reality the facts cannot seemingly deny? This project takes on this challenge. 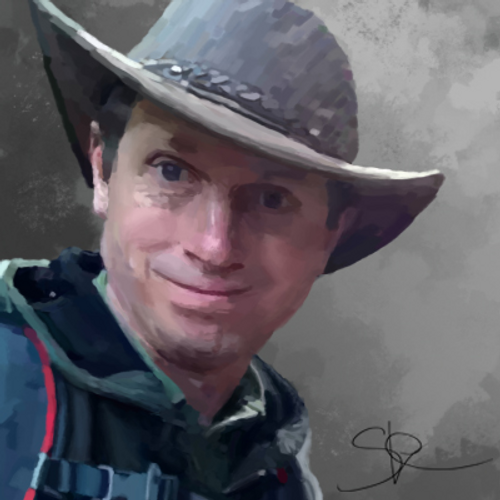